Adefolake Odejimi, popularly christened ‘Soyesings‘, has said that her newly released songs will inspire men to draw much closer to God so that they could recover their divine glory and mandate which were originally destined for them by the heavens.

She featured Woli Arole in the video version of the song in order to further enhance its thrilling value. Explaining the concept of the songs, the young gospel singer said: “Arole is a Yoruba word that means heir to the throne. Every child of God, particularly the men, are heirs to the heavenly Throne of the Almighty.

But many are not functioning in that grace because they are unaware of their inheritance. Soyesings has shared the stage with Peterson Okopi, Olayinka Alaseyori and other top gospel artistes in Nigeria, to mention a few. Arole was released by Saint Square Records. 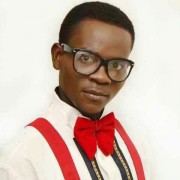