Emmanuel Nzononye popularly known as Deblessed is a Nigerian Born multiple award winning, dynamic Song-writer, vocalist and anointed worship leader, He started singing from a very tender age and has been doing music professionally over a decade now.

He is based in United Kingdom where he serves as a worship leader in Believer’s Loveworld (Christ Embassy). He has worked with so many notable international award winning artists in the Gospel scene, both locally and internationally.

According to him- “Blessed Experience would sure be a moment Of Worship and heavenly encounter, through the powerful songs in which the soon to be released “Expression Album” contains, the 12 track album which featured Jerry k, Victor Ike, Amiexcel and Minista Chinonso has already enjoyed great listenership and acceptance around the globe, with singles like Jesus King of Kings, Hail Jehovah, I Am, I believe and Ready which has already won two awards this year.
Music Ministers like:
Amiexcel
Elder Nelly
Elder Felix
Gael
Rowland
Armstrong
Nelly
Chris Edoh
Kasiku

Would also be channels of blessing on that day. Trust me, you don’t want to miss this meeting for anything.”

Get ready for a supernatural time in God’s presence. 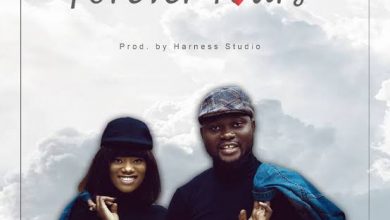